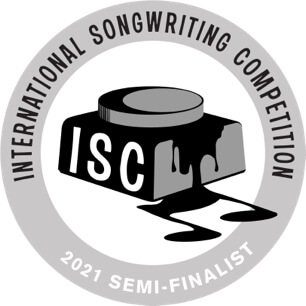 I am thrilled to share that my song “These Memories” was selected to be a semi-finalist in the International Songwriting Competition!

I recently released my first album "How Love Feels" that I recorded during the pandemic with my dear friend Joshua James in his studio in Utah. You can listen to it below or through your favorite streaming service. If you would like a physical album just shoot me a message. You can also watch the music video for the title track of the album below. If you would like to learn more about the creation of the album or the making of the music video, just continue reading! Thank you for listening and please share!

I have been playing guitar, singing, and songwriting since I was 17, and it has always been a dream of mine to create an album. On a road trip in 2016, I serendipitously met songwriter and producer Joshua James, and we became fast friends. I soon became acquainted with Joshua’s music, and was blown away by his songwriting, production, and overall musical excellence.

I then dove into the vast catalog of projects he produced. It quickly became clear that everything he had a hand in turned out rich and technically excellent, while maintaining the song's edge and vitality. I immediately knew that this was the person I wanted to record with. It took me a few years to reach out, but to my joy, he was on board!

So I got a Kickstarter project set up, and with the help of my community, I reached my goal! I packed up and headed to Joshua's home studio in Utah. Coincidentally, that was the same day the first Covid-19 case was confirmed in North Carolina. As Joshua and I started to dive into the album, the world around us devolved into panic. The grocery stores were running out of food, and nothing but habanero peppers and little-known vegetables (think kohlrabi and fennel) were left.

But I was already out there. So we decided to hunker down and make some music. It was a powerful experience and the timing made it all the more memorable. We worked tirelessly recording, reworking songs, and brainstorming what instruments the tracks needed. ‍

Joshua was a machine. ‍

He pushed and challenged me while remaining supportive and present. He brought in many skilled musicians to add their own unique touches to the album. It was an incredibly special experience to have such talented, kind people adding their expertise and input to songs that I had created.

After we finished recording, I flew back to Durham to what turned out to be a very different world than what I had left. Businesses were shut down and we were all told we needed to stay inside and isolate ourselves from one another. A few months into lockdown, I decided to travel back to Joshua’s to record a couple new songs, and put the final touches on the album. It was a bit more relaxed this time.

When we weren’t recording we mountain biked, summited mount Timpanogos and built a 20’ roof over Joshua’s patio. In the studio we added the final little touches that really made the songs come together and Joshua and I wrote a song from scratch, which ended up being the title track for the album, “How Love Feels”.

I then went home to create the layout and artwork for the album, as well as come up with a music video. While I worked on this, I was lucky to have the incredibly talented Armon Jay from Dashboard Confessional mix the album. AJ really brought the album together; tweaking each song so that it all flowed beautifully. He was a joy to work with and truly helped make the album feel whole.

Finally, my amazing friend John Helfrich mastered the album and put the very final touches on it. Just like that I had a completed album! I drew images for the booklet and my good friend Leon Godwin took photos for the cover art. And last but certainly not least huge thank you to my amazing brother Adrial Dale for laying out the album and designing the page you are currently reading (as well as this whole website)! I could not be happier with the final product and am beyond grateful for all the people who helped me along the way to make this dream a reality.

This album was such a joy to create and although the timing felt challenging, it turned out to be a blessing in disguise, as it gave me something to focus on and pour my creative energy into during the pandemic. For that I will always be grateful. I hope you enjoy the album and will listen! And please share with anyone you think would be interested!

PHOTOS FROM MAKING OF THE ALBUM 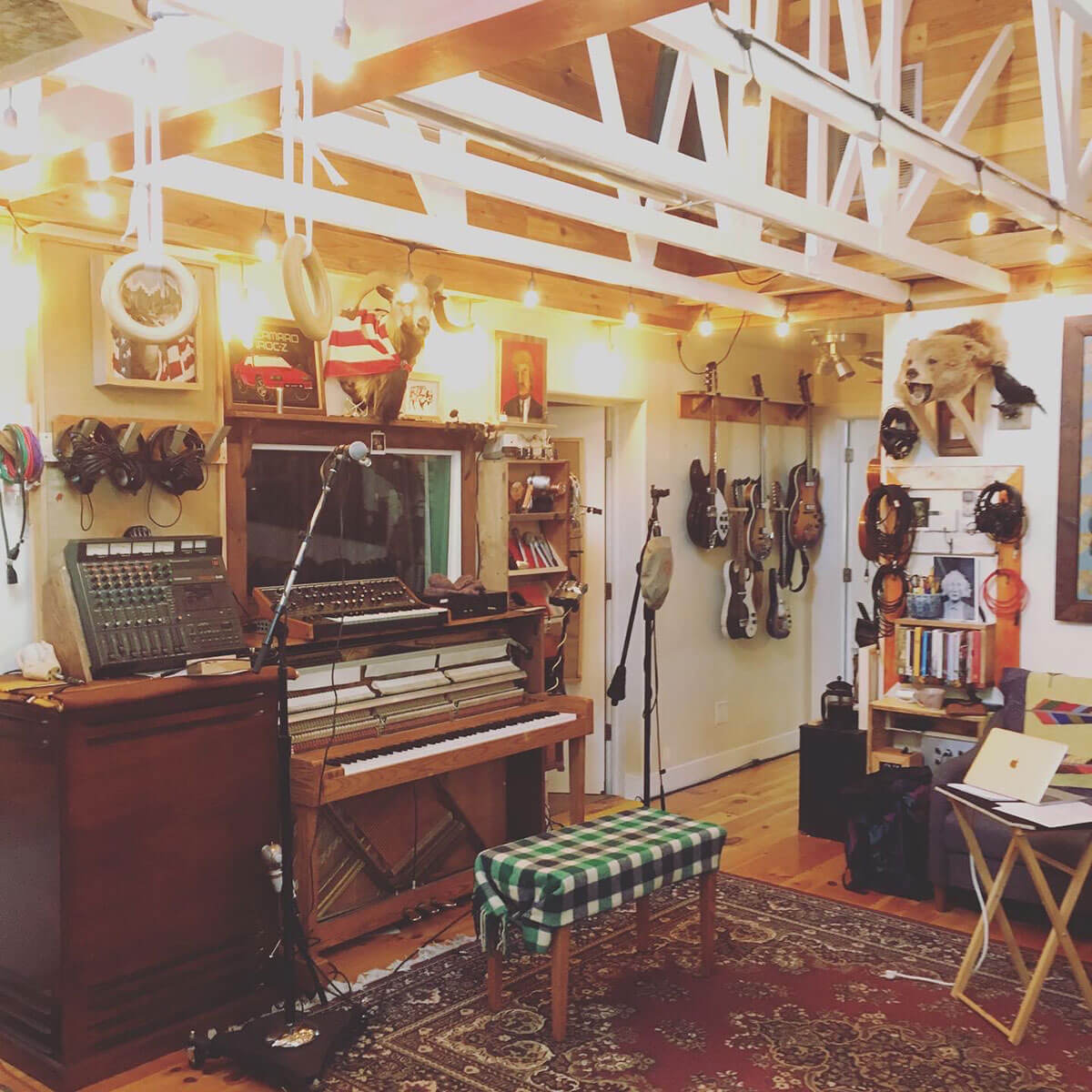 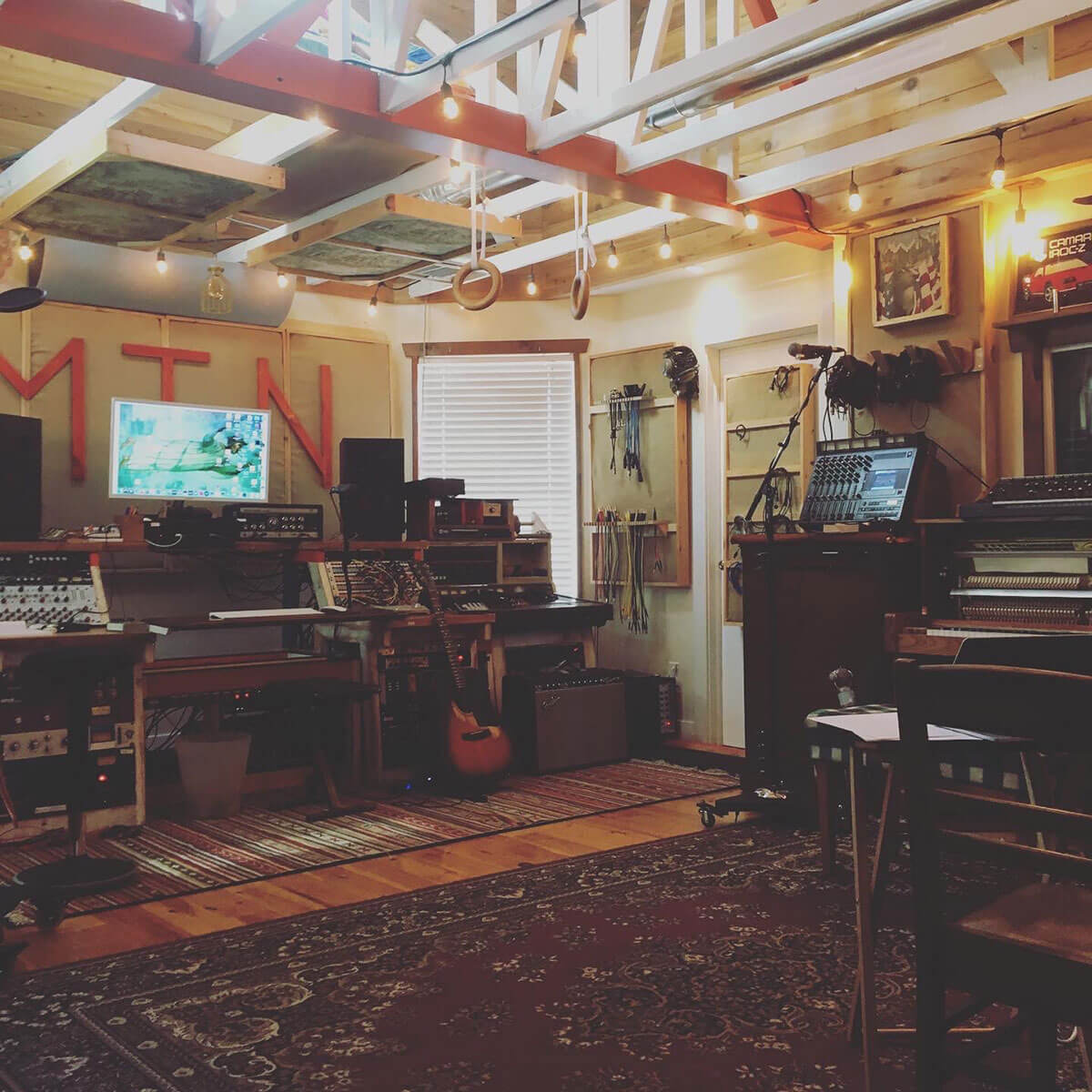 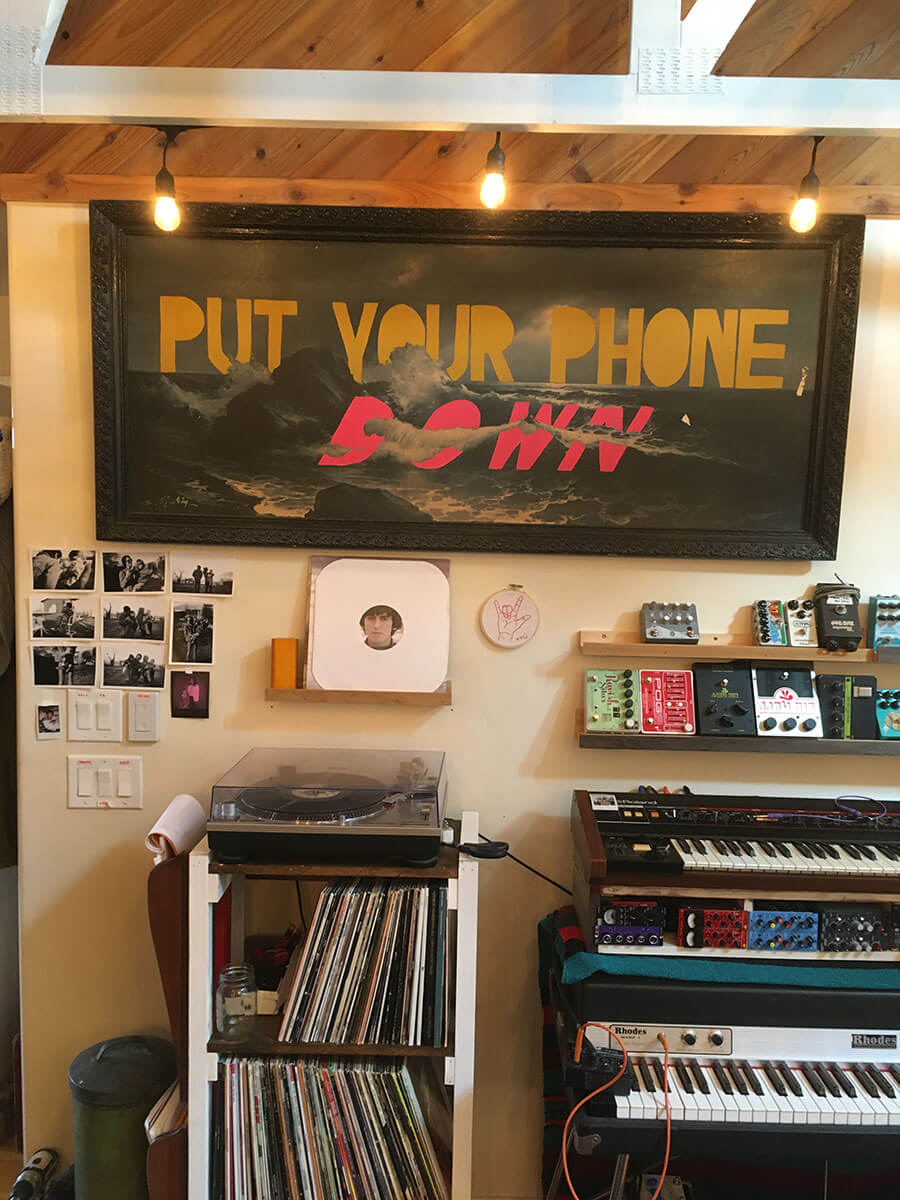 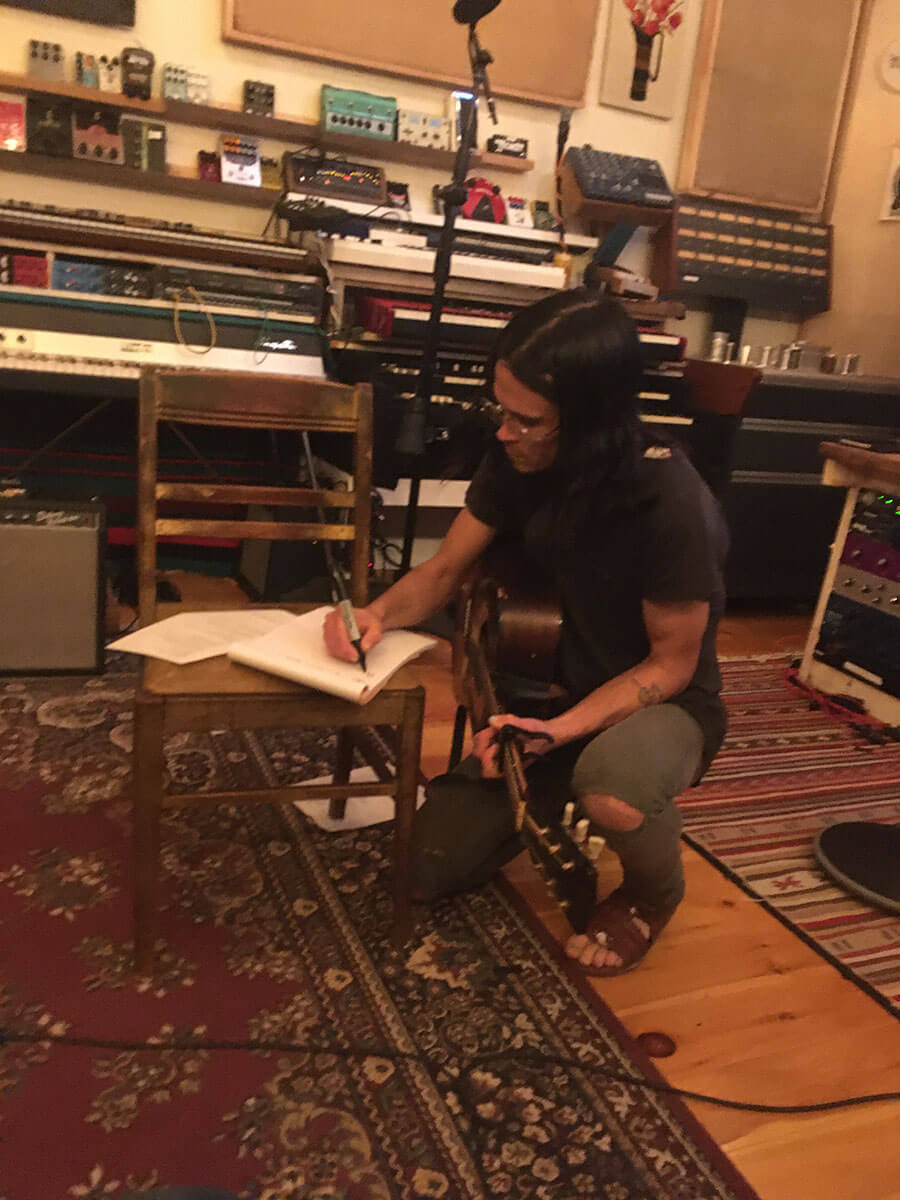 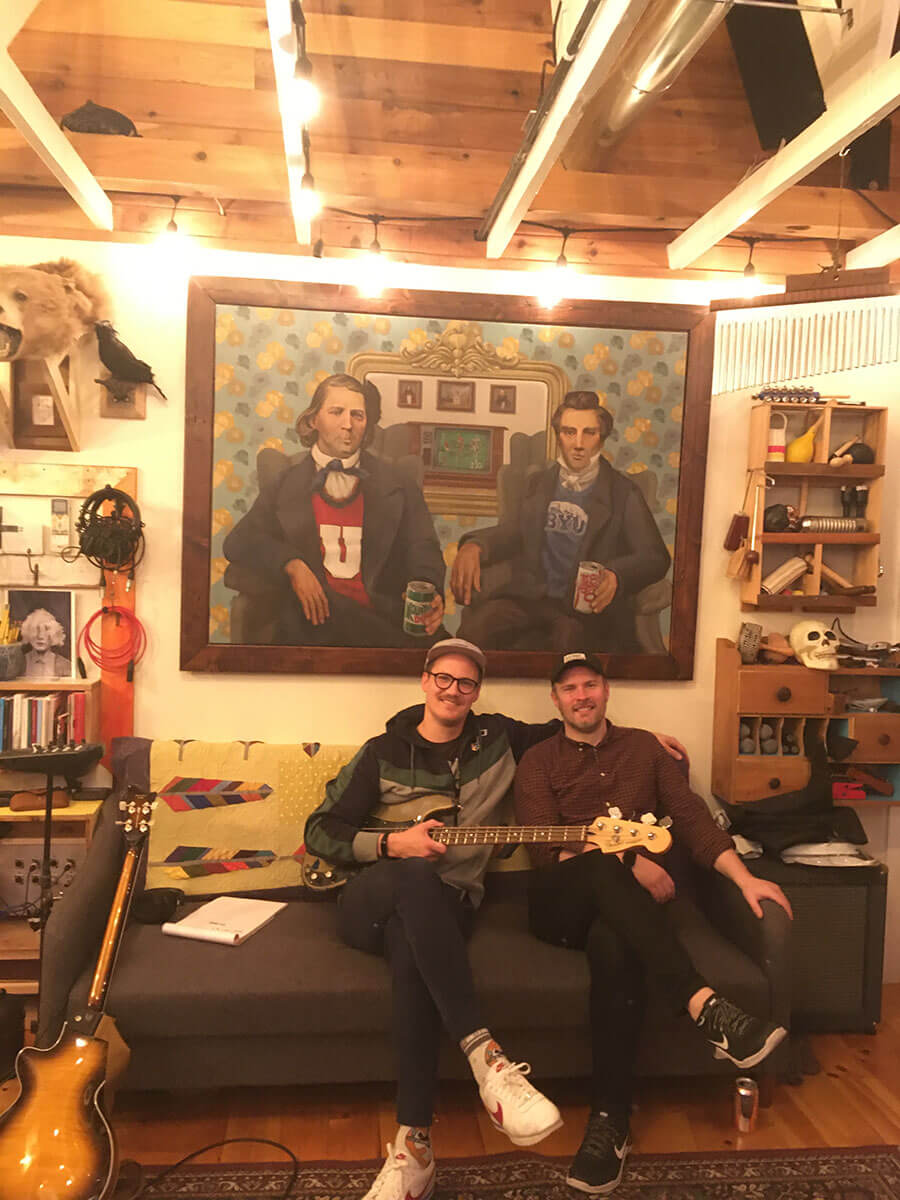 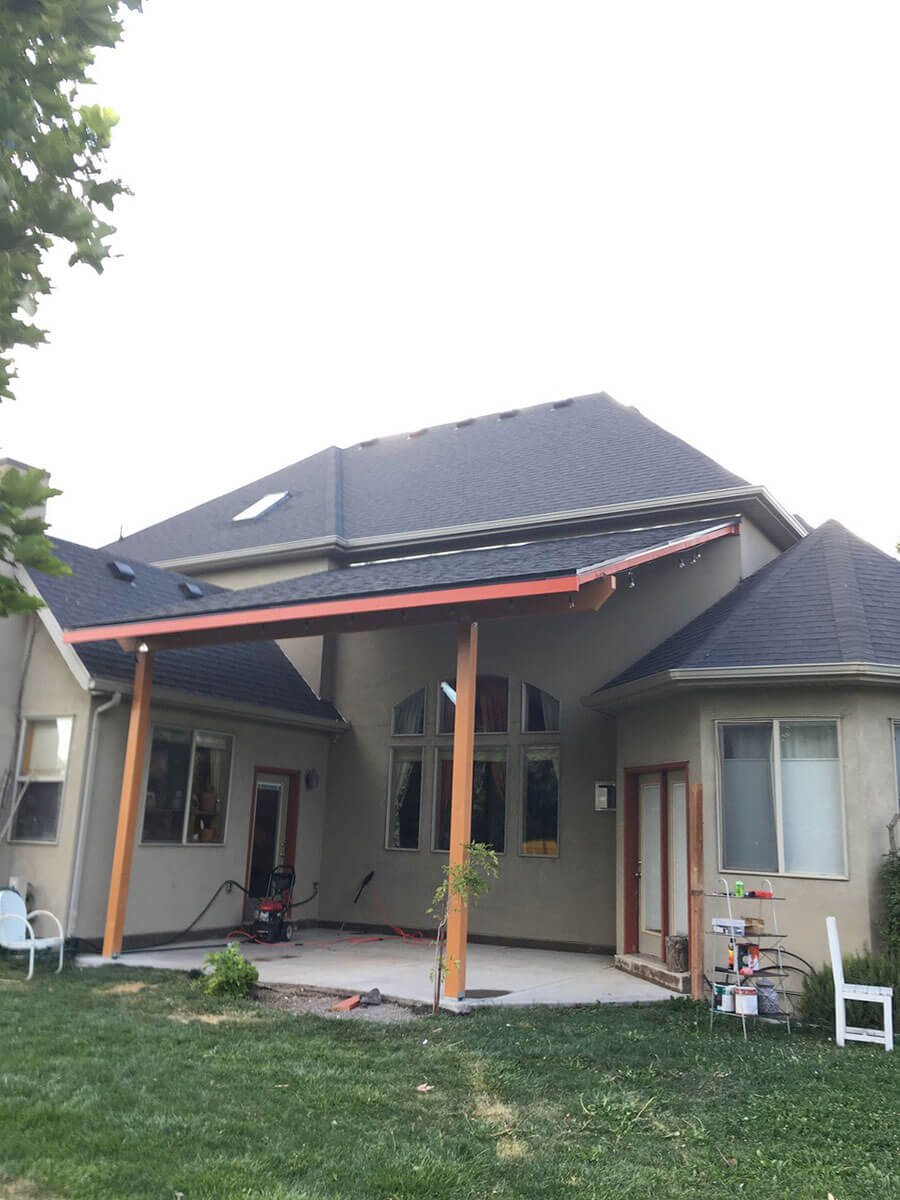 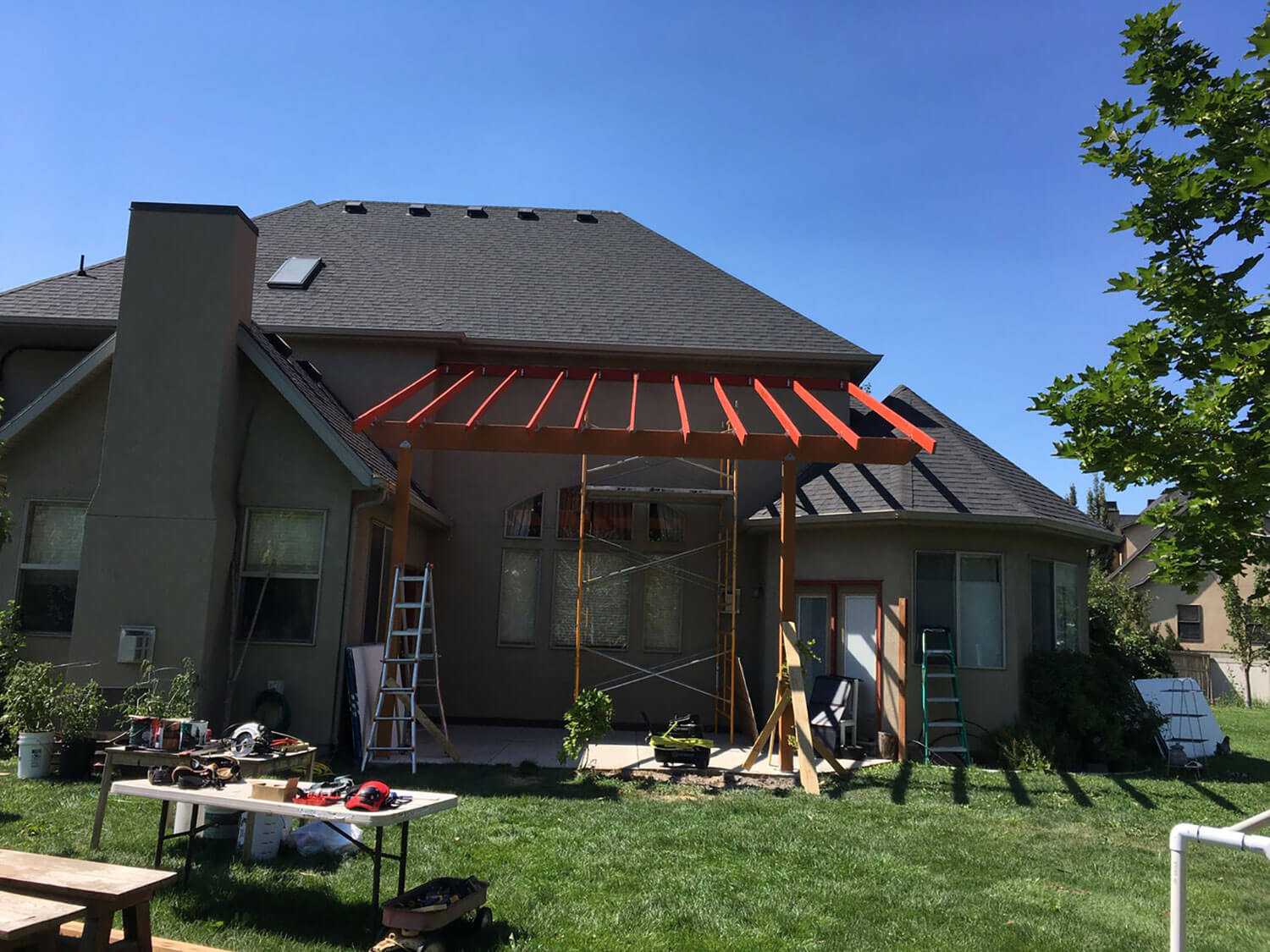 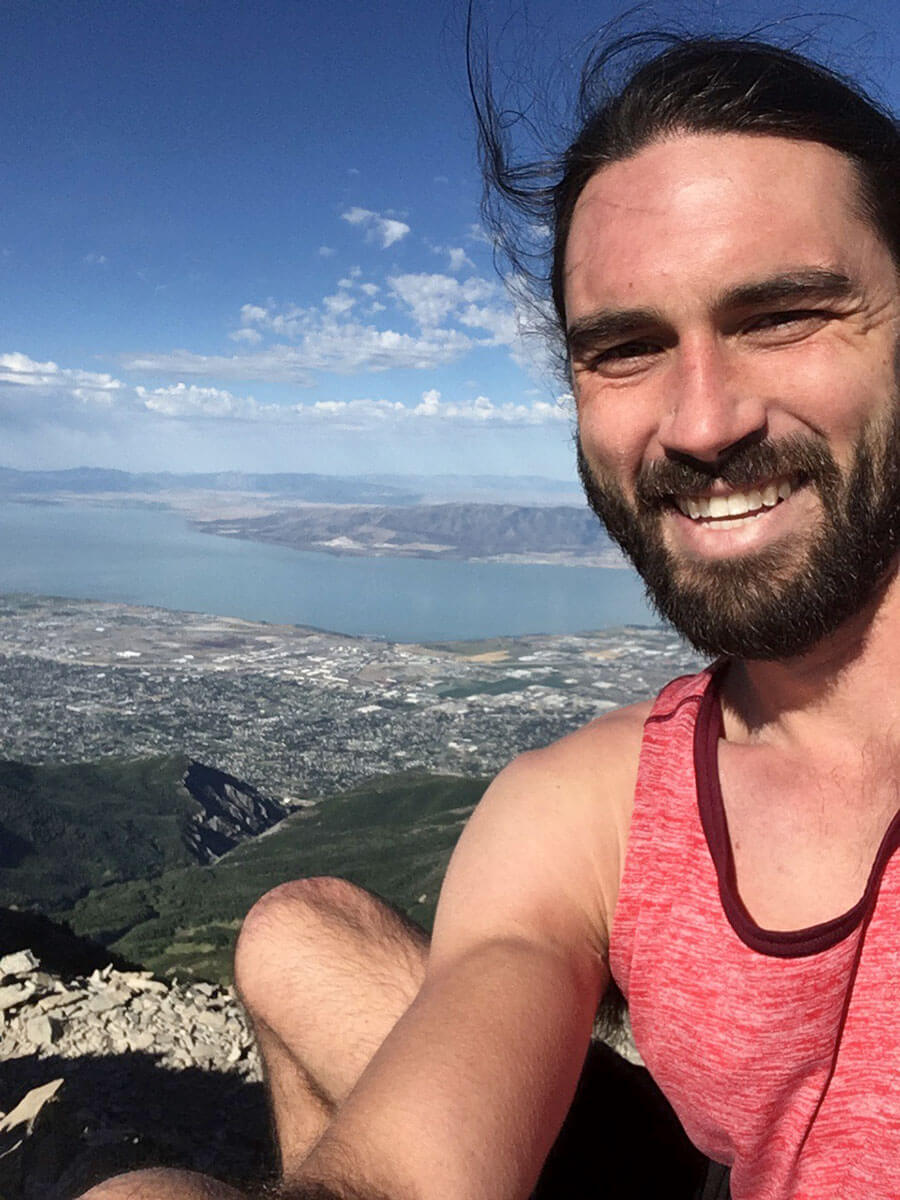 As the bulk of the work on the album started to slow, my dear friend Gabriel Graetz moved back to Durham during the pandemic. Gabe is a professional actor, and since the theaters had closed down, he decided to come home. He was getting antsy without work, and asked if we could make a music video together. I was very excited by this idea and we immediately asked our friend Emily Frachtling if she would like to join us on this adventure. She was in!

The three of us have been very close friends since high school and with Emily’s incredible skills as an editor, Gabe’s acting chops and prop/costume skills and my building skills, we had all we needed even with only a bare bones team!

We started with a couple socially distant, outdoor brainstorming sessions and a vision started to take shape. We handled every aspect ourselves: Gabe found amazing props and costumes, we created a cardboard 3 tier cake and frosted it to look real, we built a wedding arch from bamboo, hung string lights, made bouquets, created our own wine labels, wrapped empty boxes for wedding gifts, created fliers and rented 50 chairs.

We essentially put on a full wedding with no one except us in attendance.

We shot the video over a few weekends and had outdoor editing sessions during the dead of winter, using a projector, a propane heater and sleeping bags to stay warm. It was bizarre, challenging, and such an incredible gift. It was a unique opportunity that forced us to be creative in ways that none of us could have expected.

Ultimately we created a video that I am incredibly proud of. Give it a watch and share it with all your friends (and maybe even a few enemies!)

BEHIND THE SCENES OF THE VIDEO SHOOT 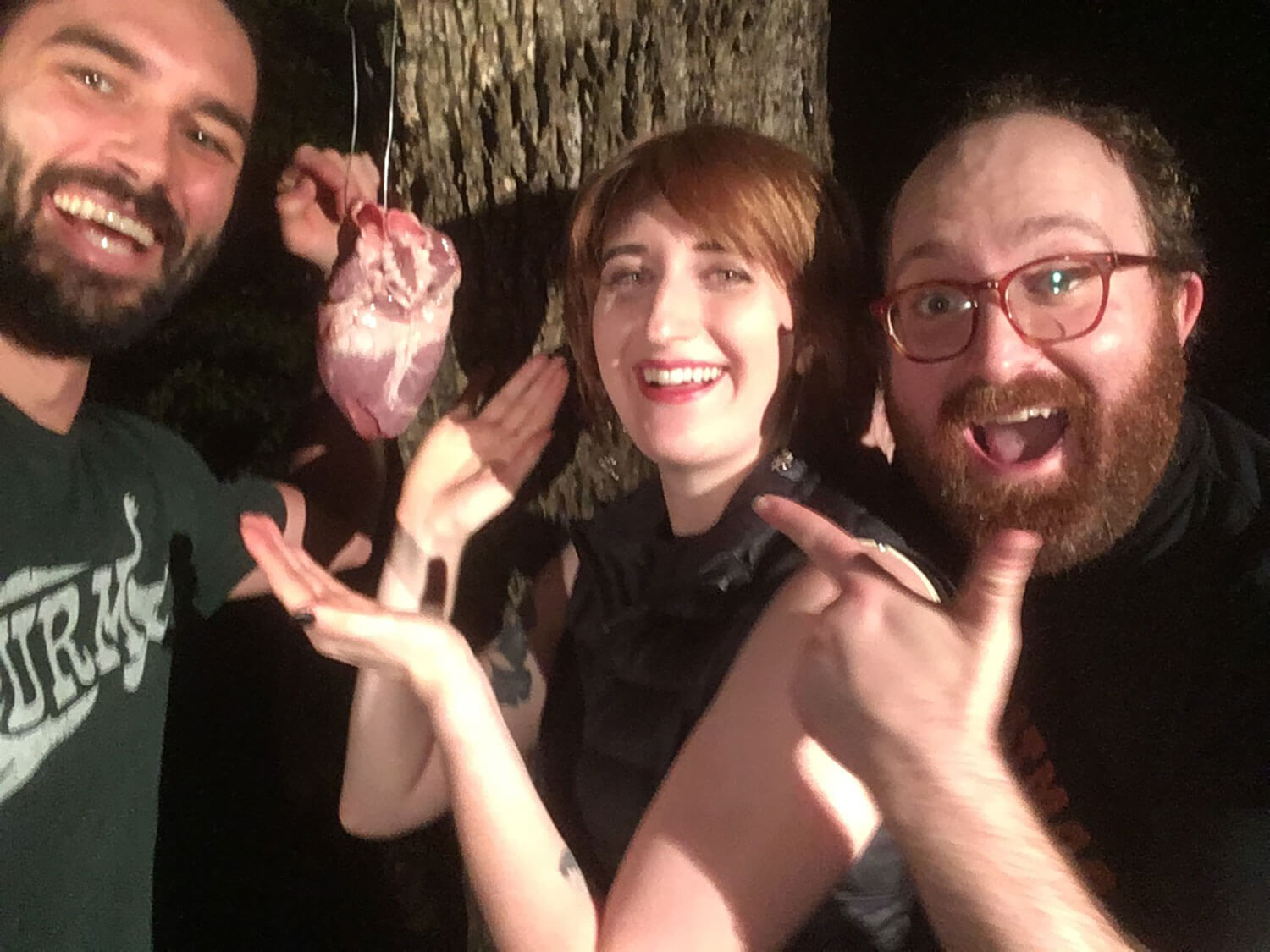 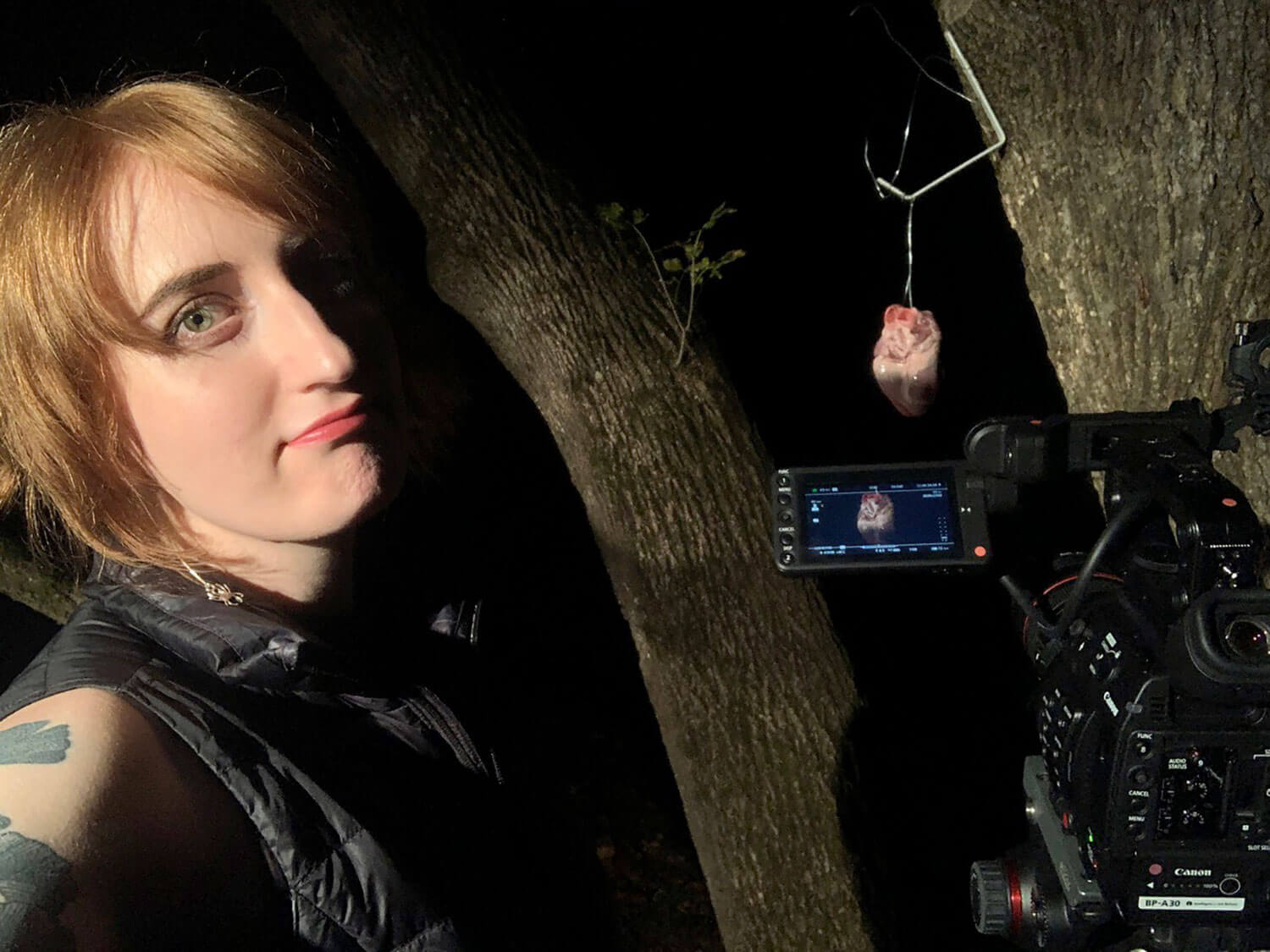 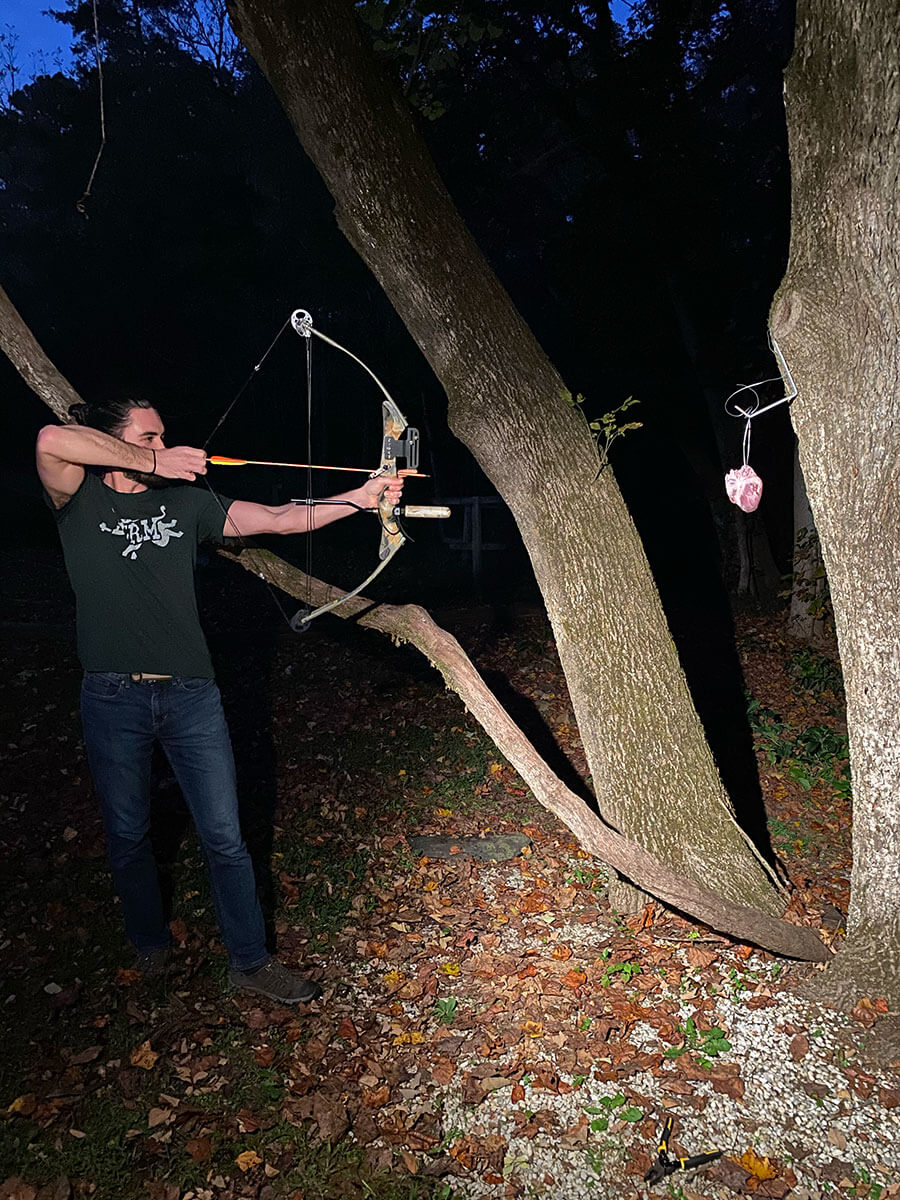 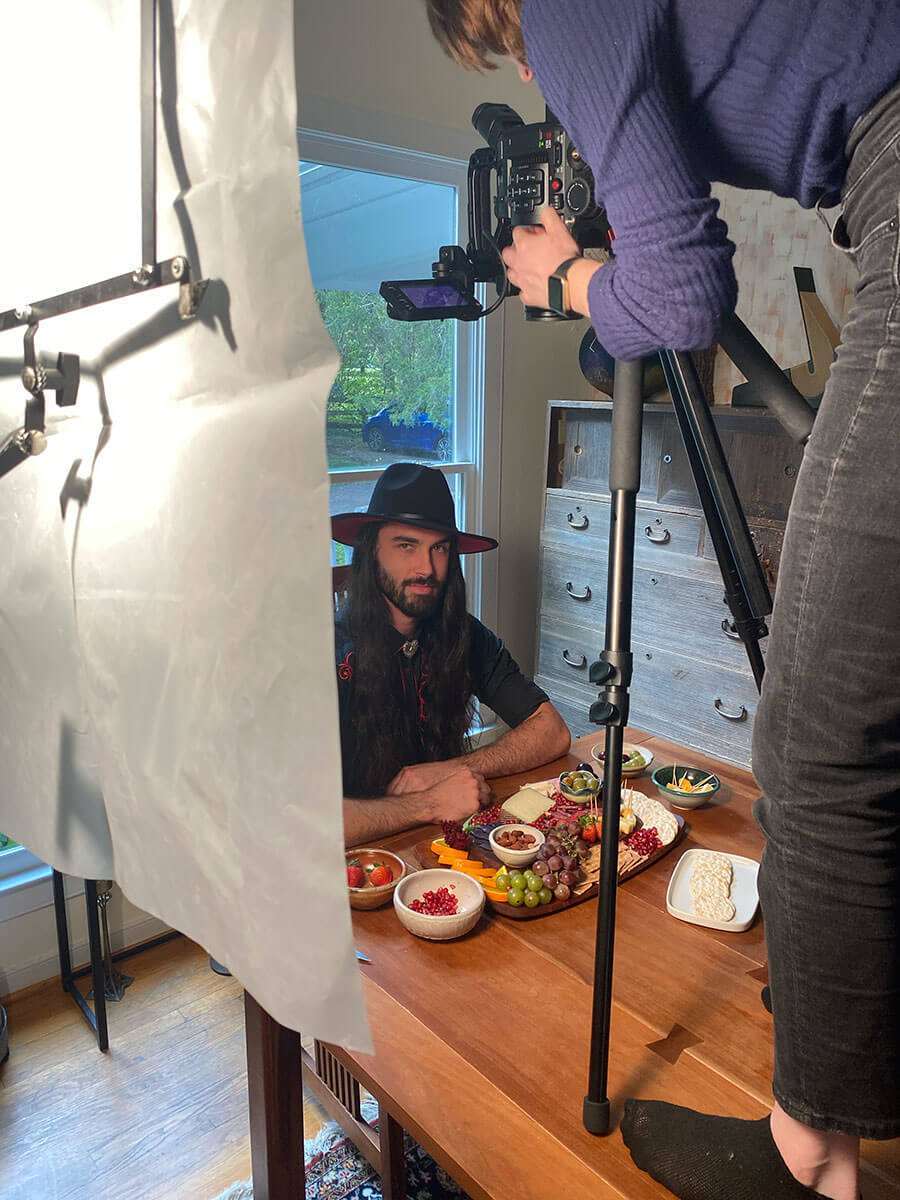 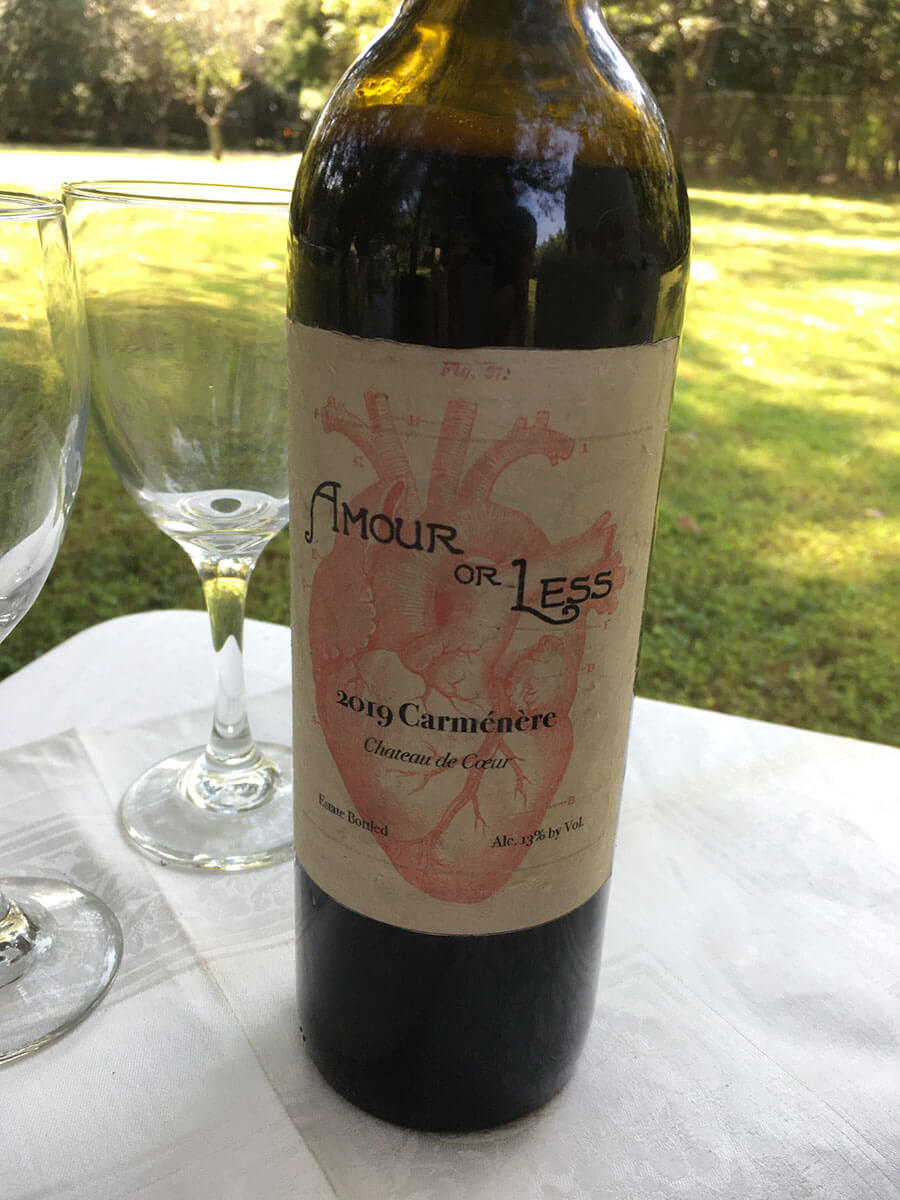 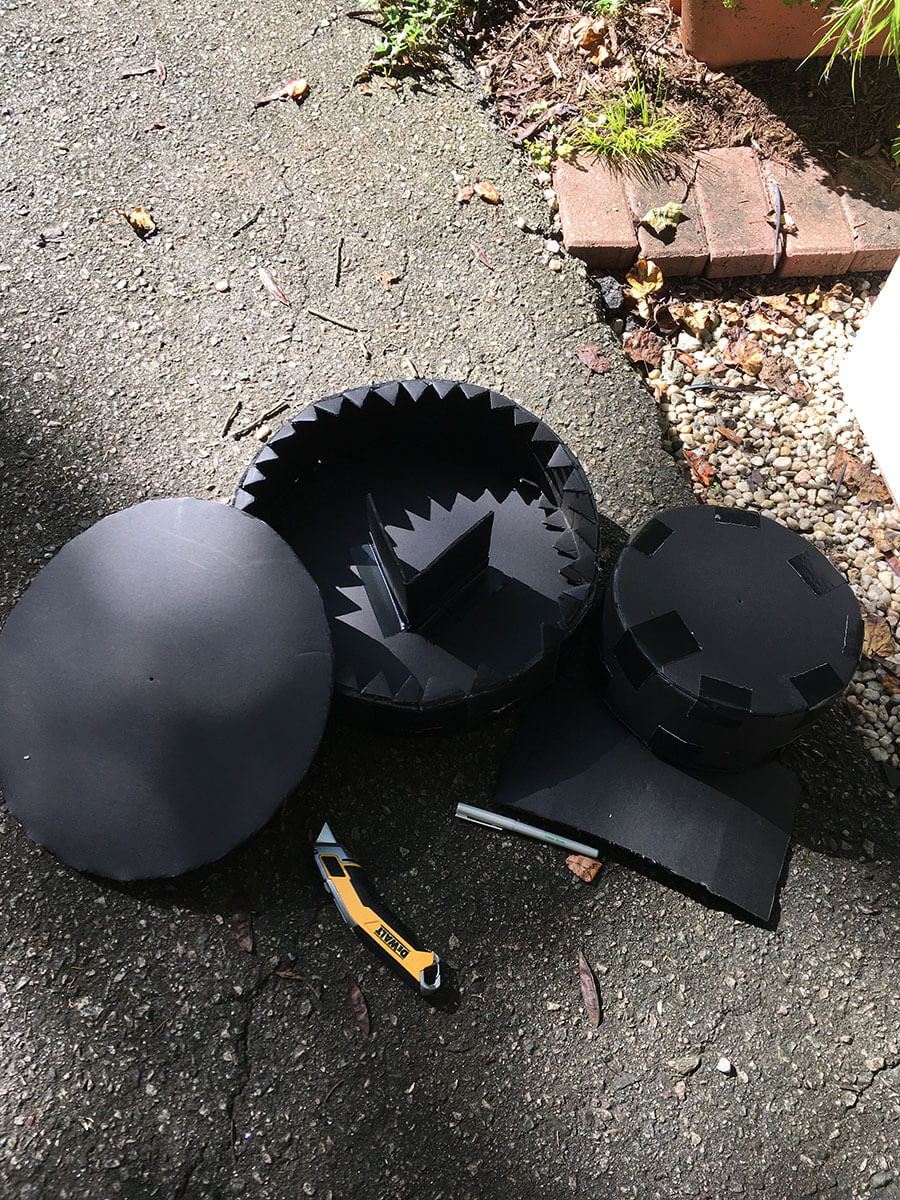 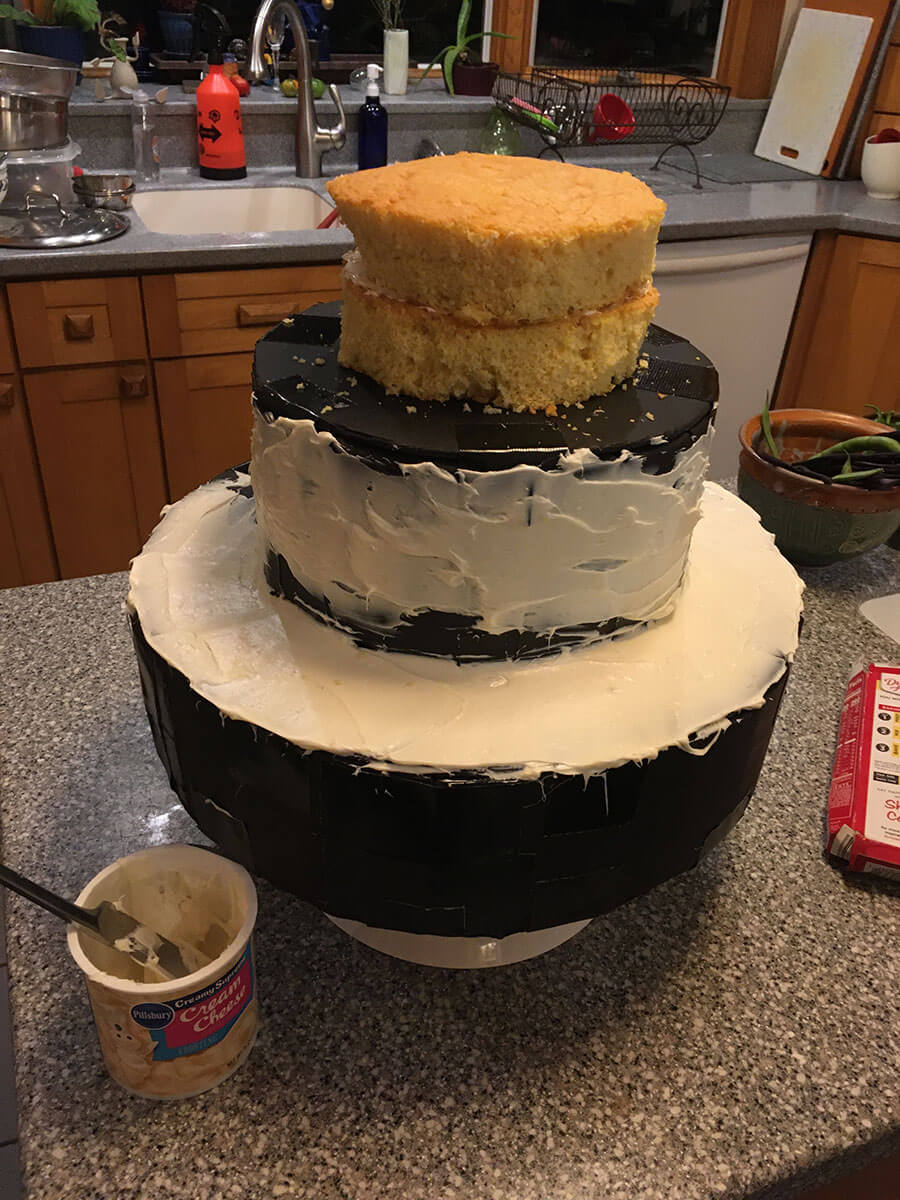 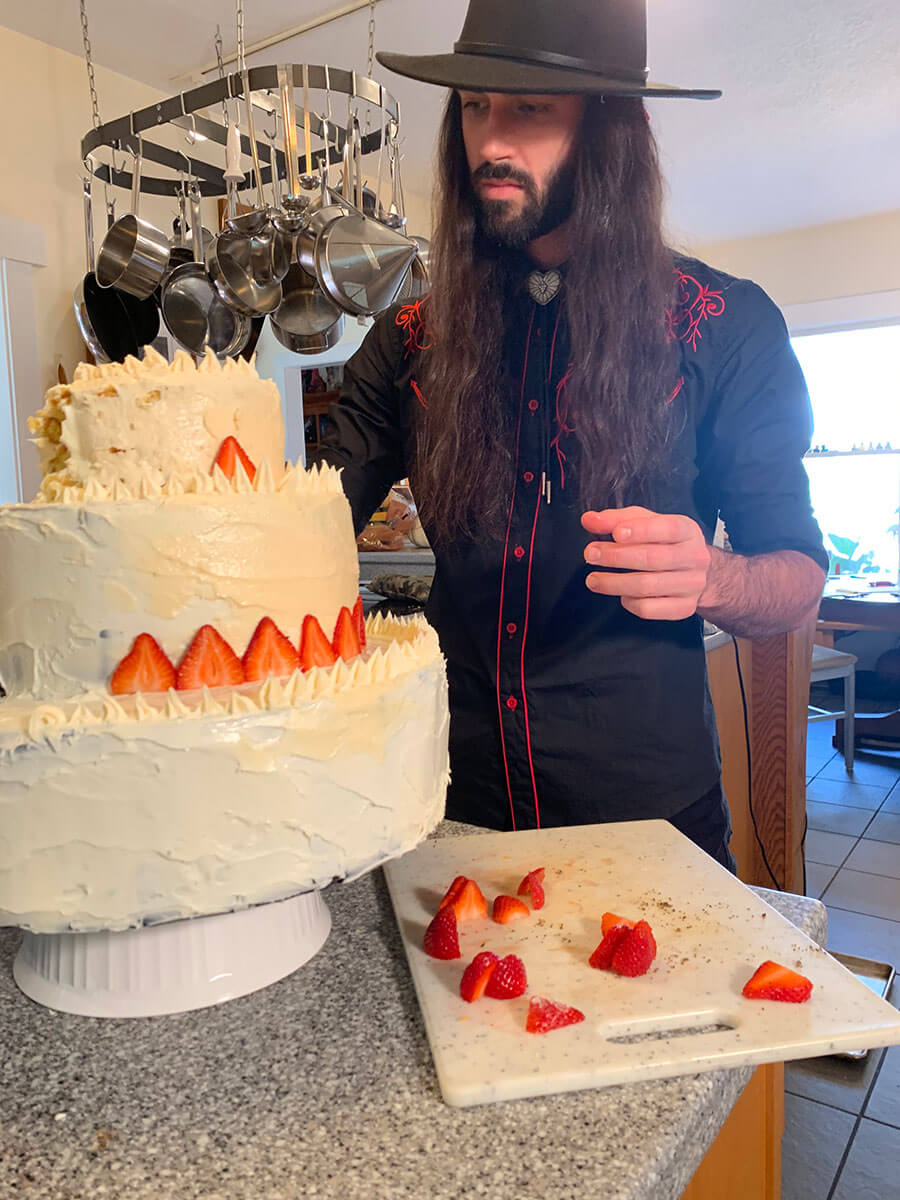 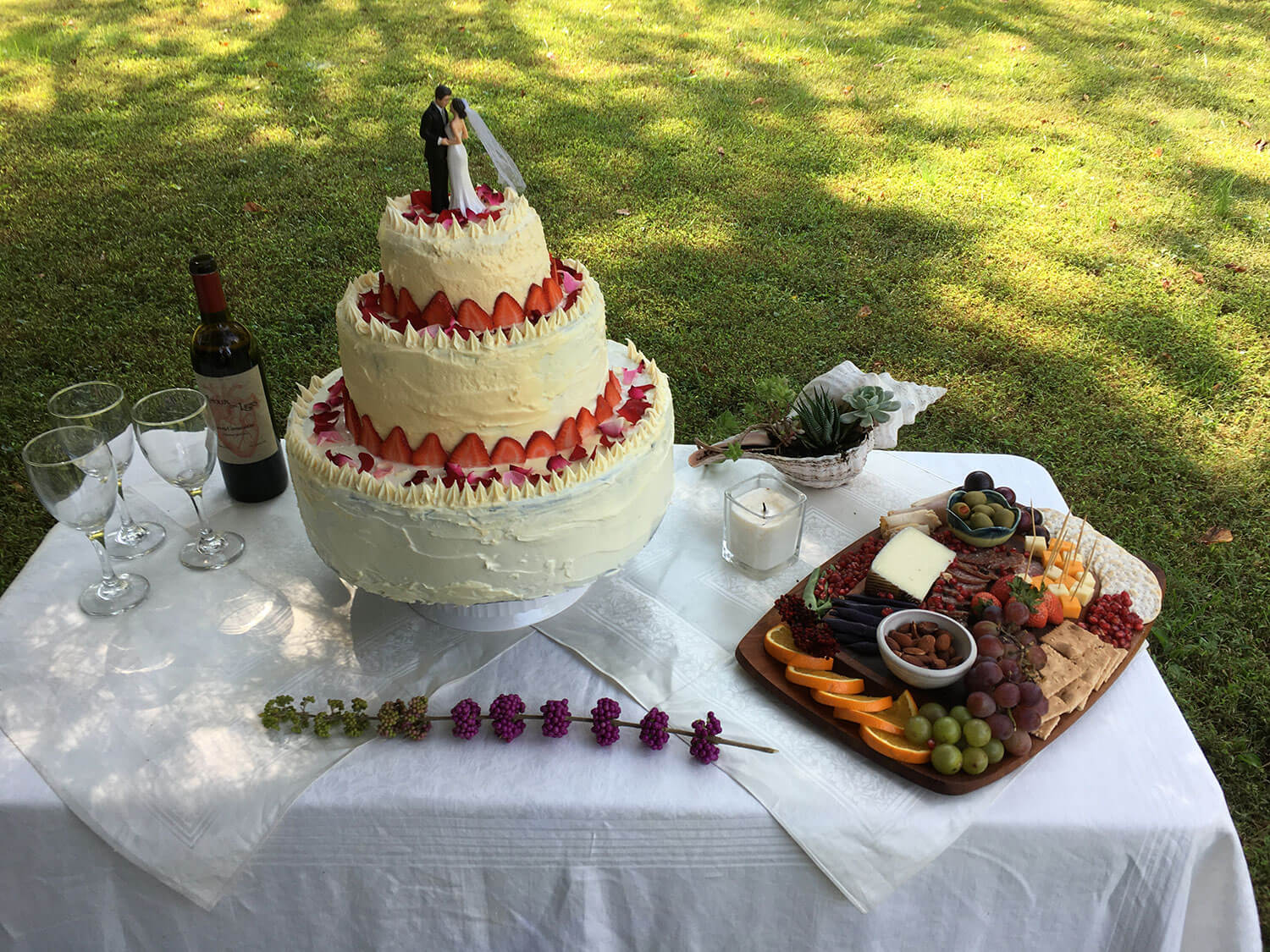 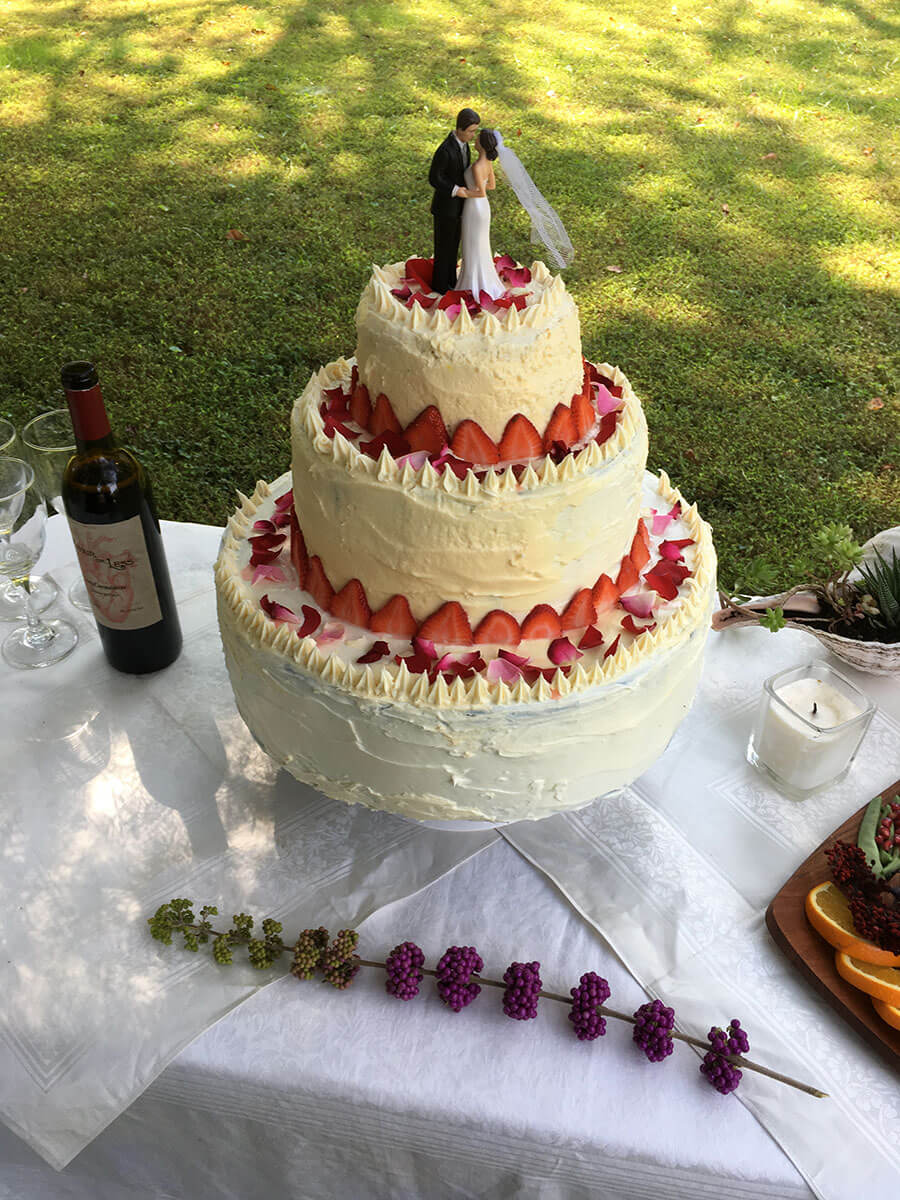 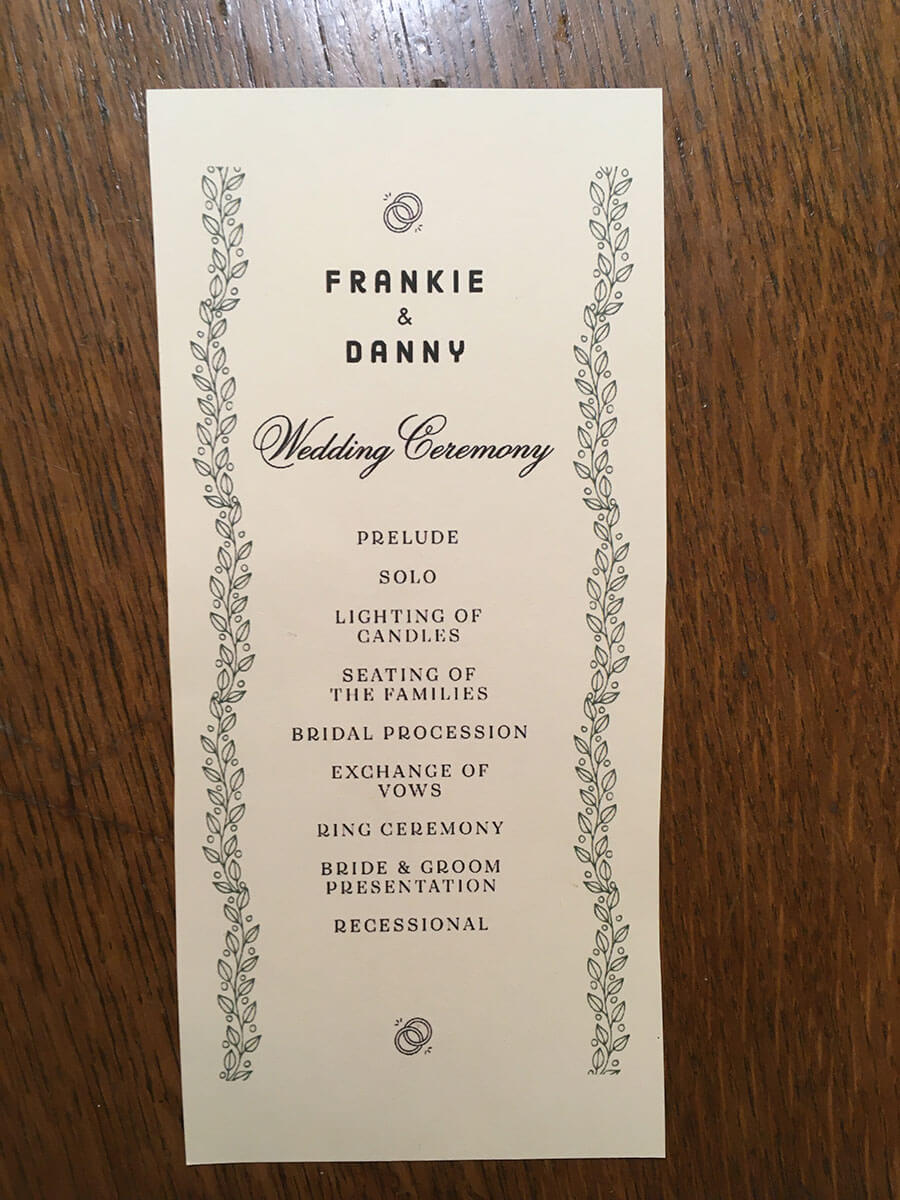 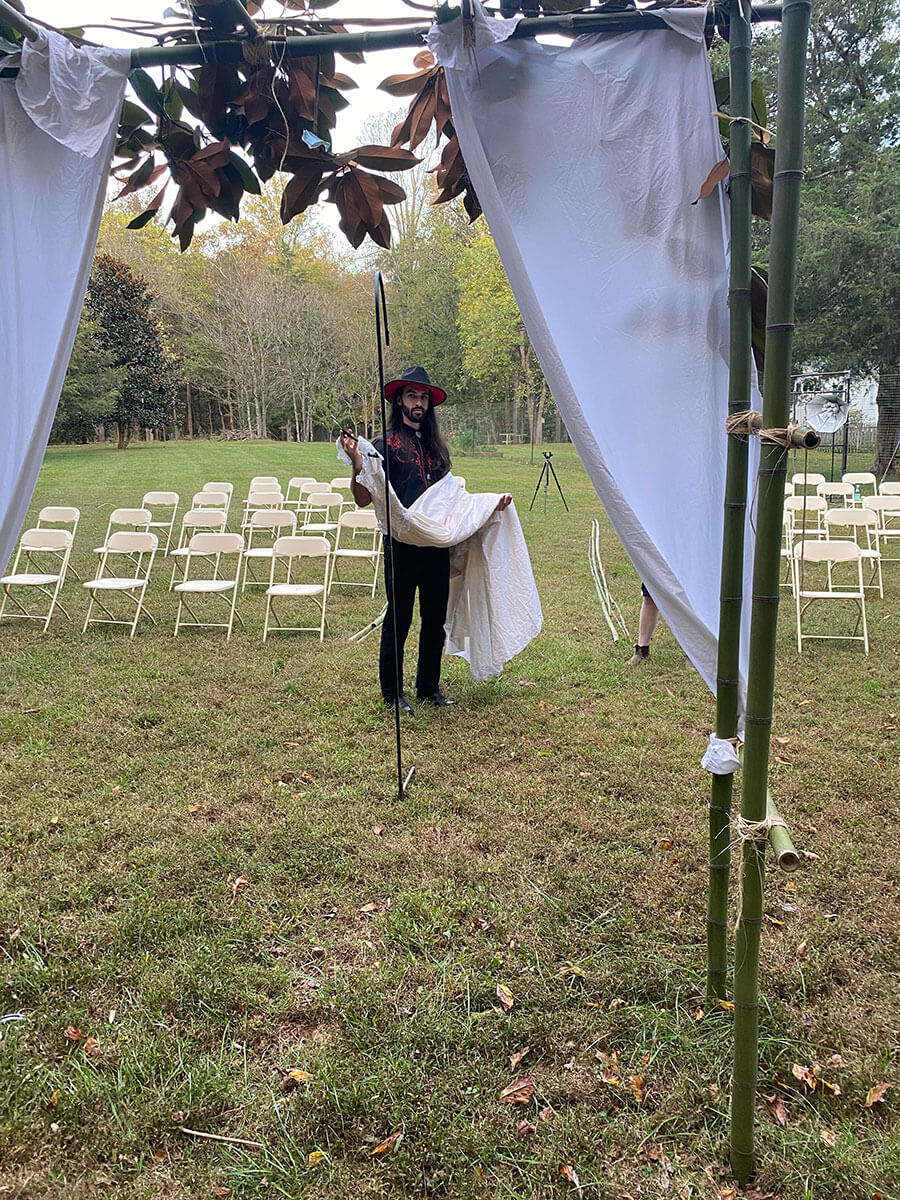 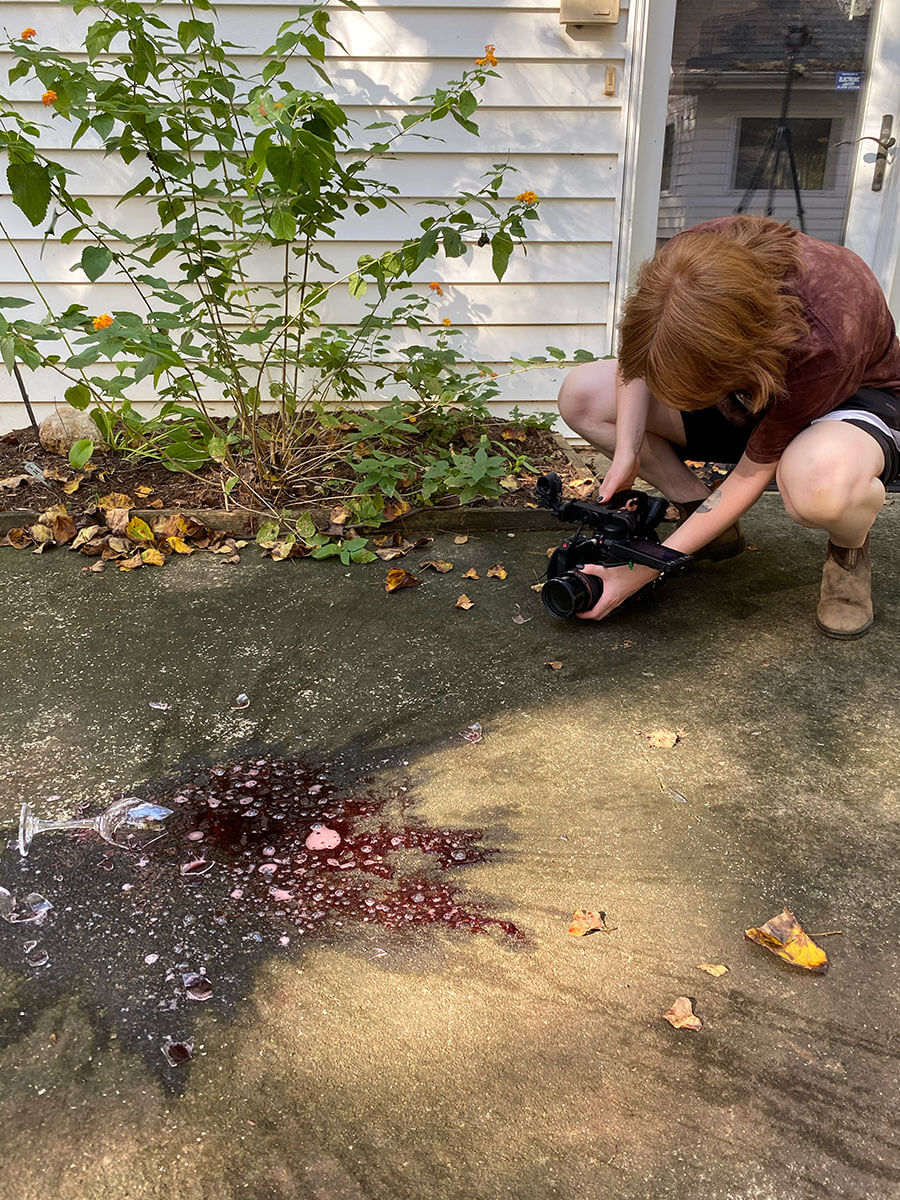 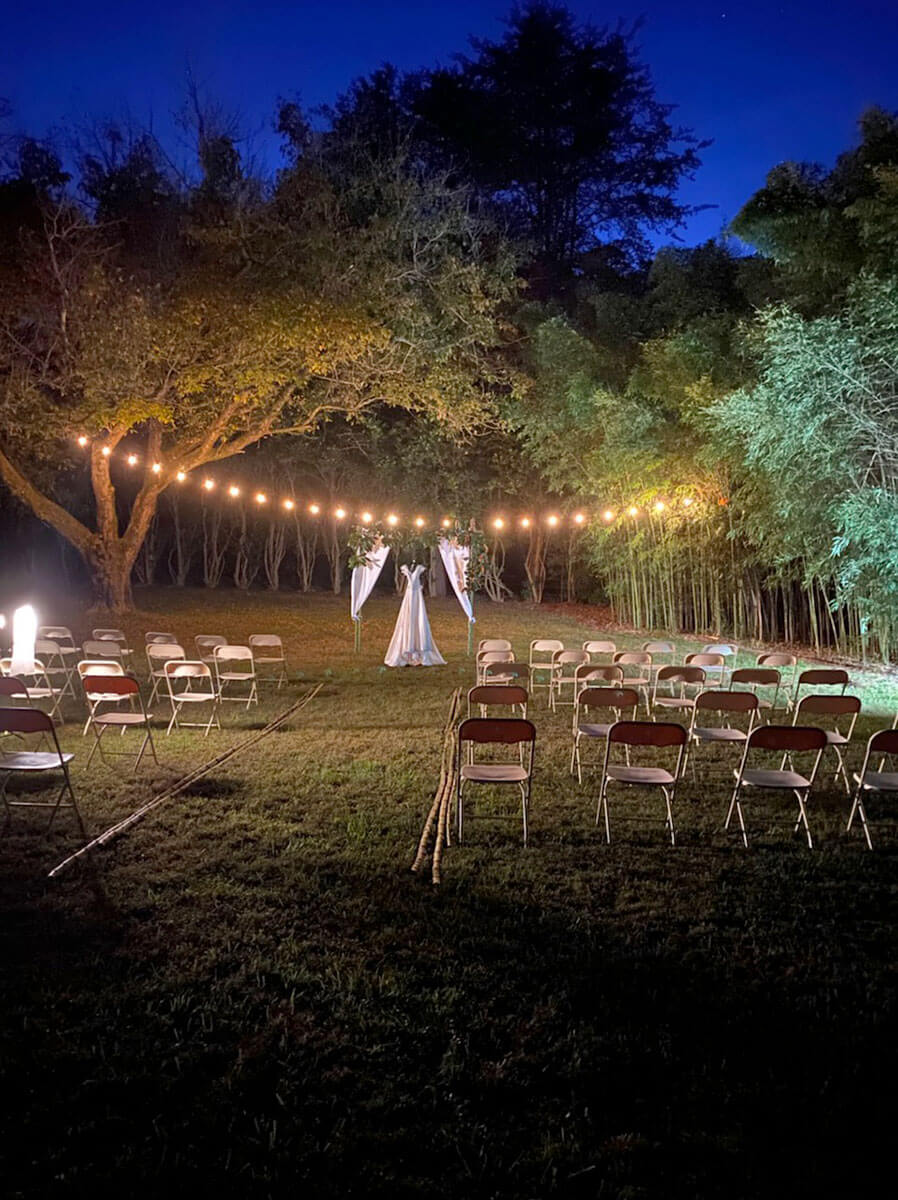 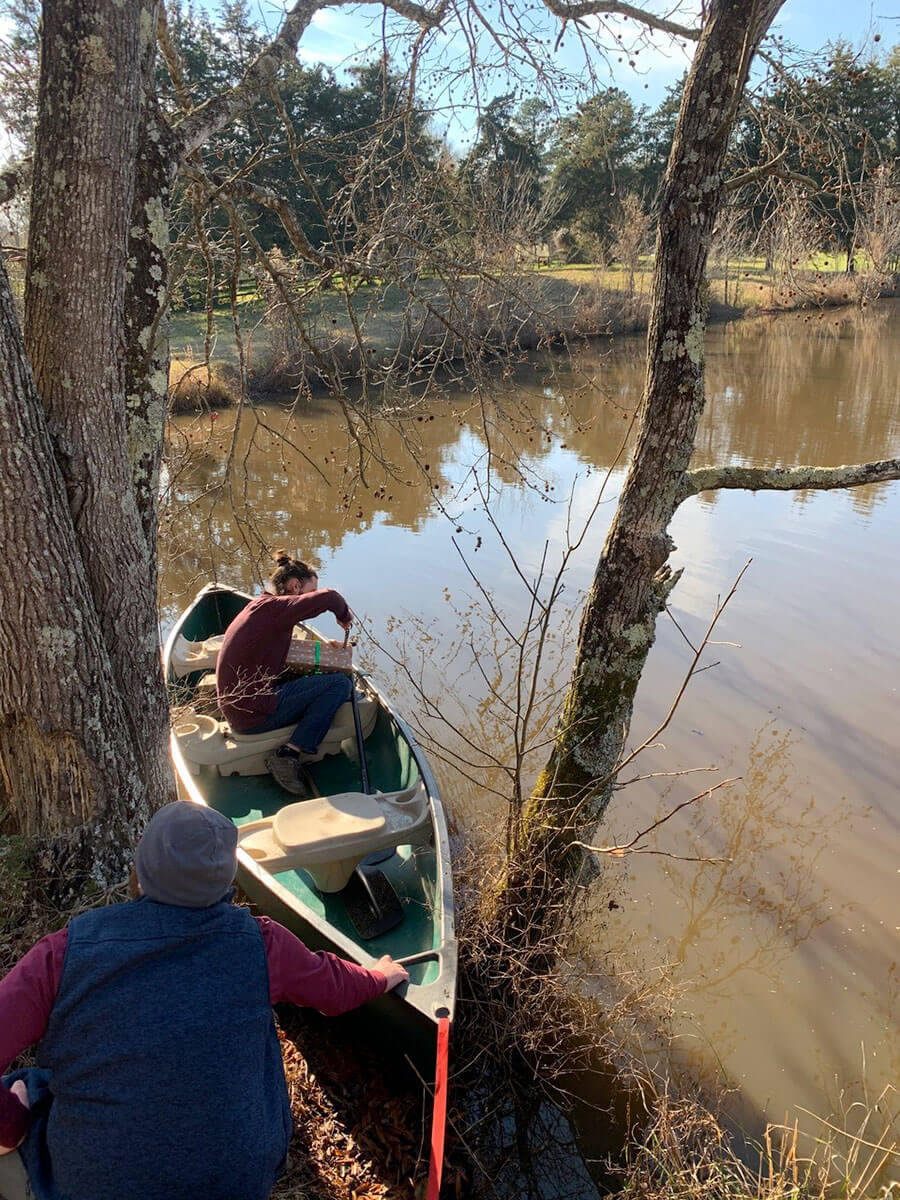 I specialize in high quality, high crafted metal sculptures and woodwork. I live in Durham, NC and serve clients worldwide. Interested in me creating something for you?